It’s been a rough couple of days for Baltimore… Wait. No. It’s always been rough for Baltimore. A city divided. By race. By socioeconomic status. By level of education. By even life expectancy (you can see up to 20 years of difference between neighbourhoods in the city). All these things are inextricably connected anyway, but hey I’m trying to make a statement.

Baltimore boasts a world-class hospital that often outranks every other hospital in the country. And yet many of the city’s health outcomes fare worse than the national average, especially for its african american and hispanic populations.

The city is home to the nation’s first research university, a pioneer in the modern university model adopted from Germany; it remains one of the leading institutions for knowledge and discovery in the world and yet, the city has the lowest rate of high-school graduation (56%) in the state of Maryland. Not to mention the food deserts. And substandard housing. And well… general racial tension.

It’s no surprise then that things got out of hand in Charm City. With entire subpopulations systemically marginalized for decades, the more recent instances of policy brutality created the perfect storm for imperfect protest. (Policy brutality was originally a typo but I actually think it might be more appropriate here than “police brutality” so I’m leaving it).

I spent a year and a bit in Charm City and I grew to love it. Its weird little quirks. And fabulous characters. Its crazy amphibious races, pirate ships, seafood/hot dog combos- all of these made it charming. I ignored the less charming bits for the most part. Now we can’t ignore it. Watching the news from the Canadian version of Baltimore (I swear it’s Baltimore-light over here) was heart-breaking. It was clear that the city’s destruction didn’t happen Monday night- it’s been a systems-based work-in-progress for much longer than that. It’s time to fight back with equally systemic healing policies. And hugs. Always hugs. 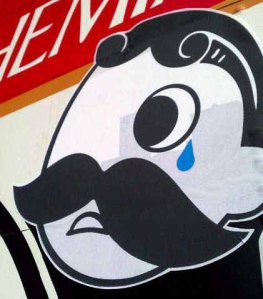